Ford Cargo is the most successful series of trucks from the American manufacturer. Their release began in 1982 when model 1812 trucks first appeared on the market. Initially, sales started in three countries – Turkey, Brazil, and the UK. Despite the company’s financial problems, which began in 1997, the series of trucks continued to be produced, with sales reaching India and the USA.

Vehicles are designed to transport construction, agricultural and other materials, or some other large tonnage cargo. One of the most successful series is the H298, which has been actively supplied to the territory of the CIS countries since 2007.

Generally speaking, the range of trucks is more than large. It can include more than ten modifications of the Ford Cargo. Certain models did not have any significant differences since only the most problematic points were improved in them, which is why it makes no sense to list each modification. Instead, we will highlight the most common series of trucks that are really technologically advanced.

The H298 is one of the first successful production models weighing 16 to 60 tons. Modification is divided into four main categories:

Tractors. Most often used for international transportation; Heavy delivery trucks. They are used for transportation in the suburbs or straight within the city. They feature a simplified design that makes driving more manageable and comfortable; Ford Cargo has increased payload. The category implies strengthening the entire structure of the car, starting with the frame part and ending with the connecting bridges; Construction-type trucks. Such vehicles act as dump trucks, concrete mixers, and other modifications actively used in the construction industry.

H476 – turbocharged diesel engines with a volume of 7.3 or 9 liters are responsible for the power indicators of the trucks of the series. The first version runs with 260 horsepower on board. In the case of a 9-liter power unit, the number of horsepower is different: 320, 350, and 380 inclusive. Depending on the specific modification taken, the capacity of the tank, which holds from 300 to 650 liters of fuel, may also differ. Consumes a truck from 30 to 40 liters per 100 kilometers. 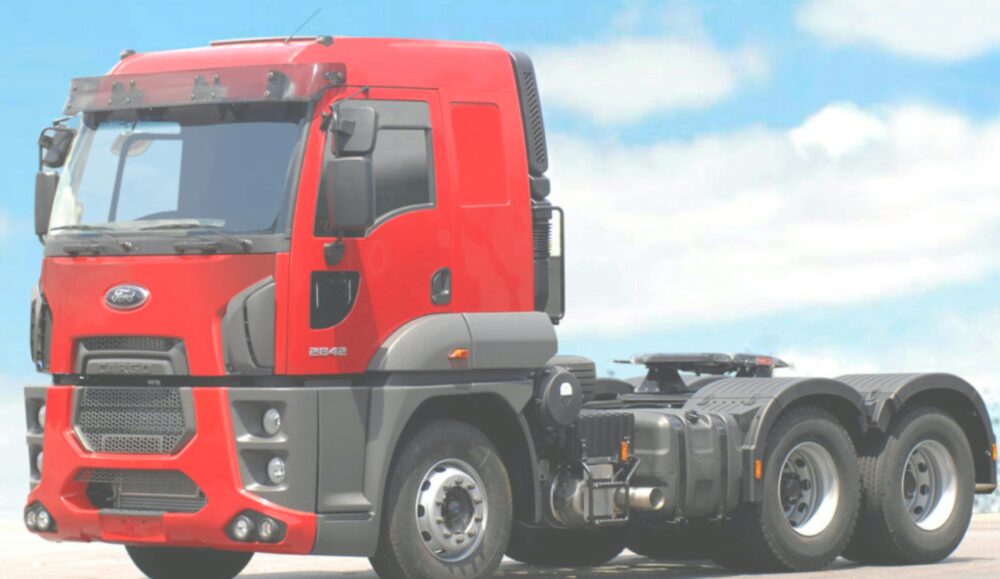 Ford Cargo H566 is one of the latest modifications, which is initially equipped with a 10-liter diesel engine, whose power is 460 hp. On sale, there are two variations of the truck, with a 12-speed gearbox and with a 16-speed. You can shift gears either one at a time or two at once, depending on the section of the road and the speed that the car can develop.