Mustang is currently a part of the Gehl Company. The company’s plants are located in the North Dakota cities of Madison and Yankton.

Manitou, a French producer of construction equipment, has announced the debut of a new Mustang 350Z NXT2 compact excavator. The Mustang 350Z was previously part of the company’s product range, but Manitou claims the new excavator has been created from scratch.

The Mustang 350Z NXT2 compact excavator is equipped with a Yanmar electronically controlled engine that complies with Tier IV pollution regulations and burns 20% less gasoline than the engine on the previous model. In addition, the engine features a specific economy mode and a mechanism that switches to idle speed when there is no load.

The new mini-cab excavators have been modified with a level floor, heating, and air conditioning.

The ME1503 micro excavator is a flexible earthmoving equipment that can be efficiently fitted and operated with a bucket and a hydraulic hammer, drill, and shears, among other accessories. 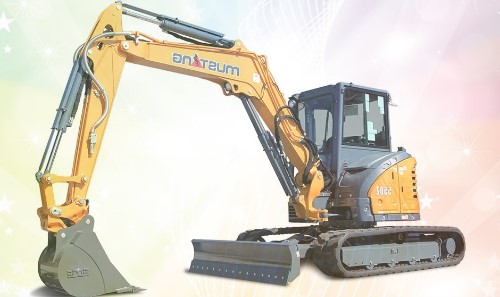