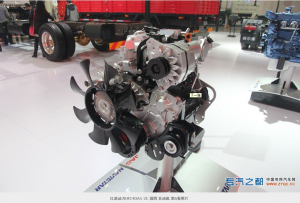 Electronic control unit continually monitors sensors, actuators, relevant circuits, MILs, battery voltage and even its self and carries out reliability tests to sensor output signals, actuator drive signals and internal signals. Once there are faults in certain link or certain signal is unreliable, electronic control unit sets fault information record in RAM fault memory immediately. Fault information record is stored in the form of diagnostic trouble code (DTC) and shown in the sequence of fault occurrence.

Faults can be divided into “steady fault” and “random fault” (such as faults caused by temporary open circuit of harness or poor contact of connectors) according to fault occurrence frequency.

For every identified fault, there is an individual frequency counter value (HZ). Frequency counter value (Hz) determines storage time of corresponding fault information record in the memory after fault disappearance (fault elimination).
For the first time fault identification, it (Hz) is set to be its initial value as 40. If fault condition does not change, this value will maintain the same forever.
Once identified fault has disappeared and then the condition has been maintained for certain period of time, the value (Hz) is reduced by 1 after every successful engine start (engine speed exceeds that of engine start completion). At this moment, ECU recognizes the fault has disappeared but fault information record still exists.

If the fault (such as fault caused by poor contact) appears and disappears frequently, the value (Hz) is increased by 1 but the value will not exceed set upper limit of 100.

When the value (Hz) becomes zero, all fault information records in the fault memory are cleared completely.

In the case of electronic control system, when there are faults in some important components such as ECU, coolant temperature sensor, phase sensor, boost pressure sensor, revolution speed sensor, air flow meter, fuel injector, fan relay and etc, ECU will give alarms via MIL flashing until faults are eliminated.

Fault information records can be brought out from electronic control unit via fault diagnostic apparatus. However, some faults can be detected only when vehicle reaches corresponding operation condition.

Fault information records in memory should be cleared after fault elimination. DTC can be cleared with ways as follows:

After obtaining fault information records with means above, only suspicious positions for fault occurrence are known. However, this does not mean faults have been detected. Therefore, cause for one fault may be damaged electrical component (like sensor or actuator or ECU, etc), wire in open circuit, wire short to ground or battery positive pole and even mechanical failure.
Faults are internal with their external expressions as various symptoms. When symptoms are detected, check fault information record for existence with fault diagnostic apparatus or flash code first of all and then eliminate corresponding faults. Finally, detect faults according to engine symptoms.