Kalmar Industries AB is a Swedish manufacturer of machinery for loading and unloading.

The history of the formation and development of Kalmar, a well-known manufacturer of loading equipment, has already crossed a century-old frontier.
Kalmar has manufacturing plants in Sweden, Finland, the Netherlands, Malaysia, China and the United States, more than 10 own equipment sales companies and over 150 dealers in all parts of the globe.

1921 – State Aircraft Factory was established in Helsinki (later to be renamed Valmet Ltd.)
1940 – the creation of the first timber truck company
1949 – the first loader in Sweden
1953 – the first port crane
1955 – the creation of the first center of after-sales customer support
1959 – sale of the first loader to a sawmill located in Austria
1960 – the first side-loader and container loader were created
1973 – company name changed to Kalmar
1985 – Series production of reachstackers
1997 – the company focuses on the development of new container and heavy loaders, as well as terminal tractors
2007 – Kalmar becomes part of Cargotec holding.

As of today, the company’s line of equipment is represented by:

Kalmar reachstackers are designed to handle small and medium sized containers. They are able to handle containers and trailers, as well as to perform loading and unloading work in an industrial environment.

Kalmar forklifts are machines with a load capacity from 5 to 52 tons. They are suitable for work in the port, in mining enterprises, in the woodworking industry, in the production of building materials, in the automotive industry. 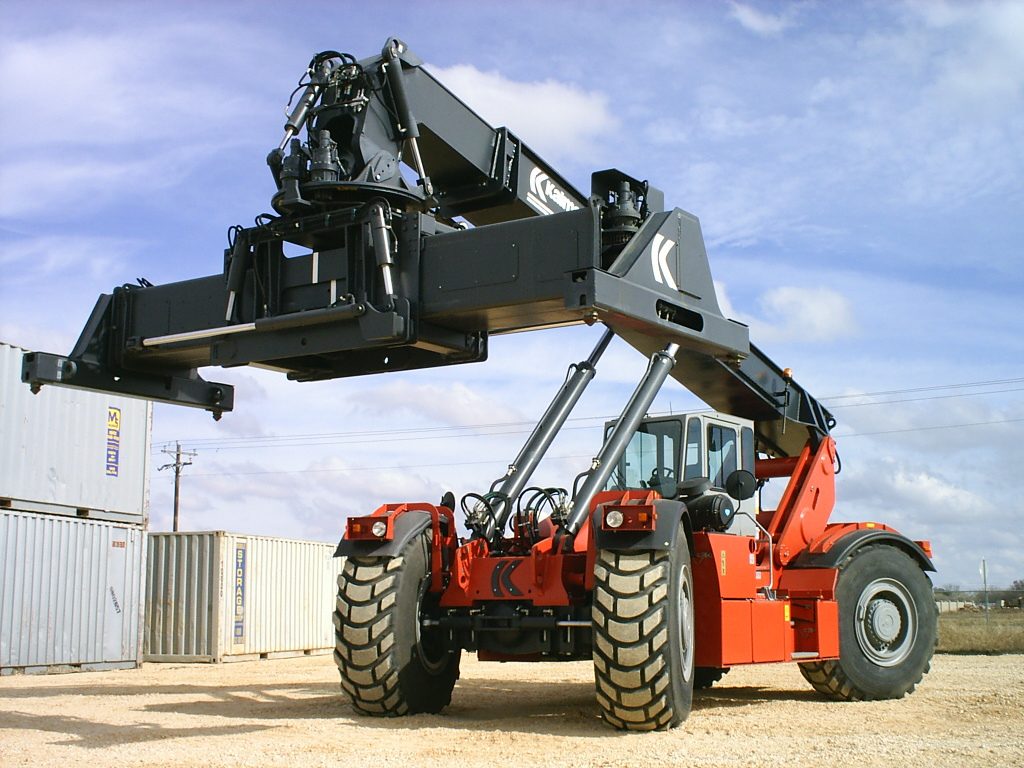 The lineup of Kalmar

The Kalmar loader is a machine designed for lifting heavy loads in demanding conditions. The models are equipped with Volvo and Cummins engines, as well as an electronic control system, with the help of which the operator controls the operation of the forklift truck, changes the speed of lifting and lowering the load, performs diagnostics of the equipment.