The Kama Automobile Plant, sometimes known as KamAZ, is one of Russia’s most significant machinery manufacturers. The primary goods are trucks, military vehicles and equipment, buses, and diesel engines. 1976 saw the birth of the very first automobile. The city of Naberezhnye Chelny is where all of the production takes place. Sergey Anatolyevich Kogonin serves as the enterprise’s general director at present.

In the 1960s, the nation required a significant quantity of vehicles that had a good payload and consumed an appropriate amount of gasoline. Businesses that are already up and running would not be able to handle such a challenge. 1969 was the year that the council made the decision to construct industries in the Tatar Republic. Because of its advantageous position, the factory had easy access to major roads and trains. It was intended to begin manufacturing at a rate of one hundred fifty thousand trucks per year.

In December of 1969, construction work got underway. 1971 was the year that saw the construction of the first buildings. The entire factory occupies more than 3,000 square meters of space in its entirety. The finished workshops have been outfitted with a significant quantity of cutting-edge machinery, the majority of which is computerized and mechanized. Both Europe and the United States were sources for the plant’s machinery and equipment. In the same year, the initial construction of homes for the workforce of the future began.

1975 was the year that saw the completion of the building of the facility. In the experimental building, the very first diesel engine had been conceived of and built the year before. And in February of 1976, the workshop’s very first vehicle was released into the wild. The ZIL-170 served as the foundation for the development of the three-axle truck known as the KamAZ-5320. The carrying capacity ranged anywhere from ten to twenty tons, depending on the particular modification. 210 horsepower engine pushed the vehicle up to 90 km/h using. The original copy has been preserved and can be viewed now in a museum.

The Ministry of Industry mandated the beginning of mass manufacturing at the end of the year 1976. It was intended that the plant would produce 15,000 automobiles annually; nevertheless, it finished the order in October 1977, four months earlier than expected. In addition, 7,000 more were constructed than had been originally anticipated. The summer of 1979 saw the production of one hundred thousand trucks. The factory produced an unprecedented amount of automobiles over the given time period, shattering all previous records. 1987 marked the beginning of the plant’s involvement in the assembly of the VAZ-1111 Oka. Production continued at that plant until 1994 when it was replaced by a specialized facility.

In the late 1980s, the facility generated enormous profits, and after 10 years of labor, it had paid back all of its building expenses. There was a lot of demand for KamAZ cars. They were responsible for transporting more than half of the items that were distributed across the USSR. Also, there are now 400,000 people calling the residential complex of the plant their home because to recent population growth. In 1983, a fire started in the engine department, and as a direct consequence of that blaze, nearly the entire factory was destroyed by fire. In spite of the significant damage, the factory continued to produce engines the following year, and it did so using more up-to-date machinery.

The manufacturing of road machinery was initially launched by the company in 2010 in collaboration with Fiat. During the course of the year, more than three thousand tractors and various pieces of agricultural gear were manufactured. Trucks, which are the plant’s primary output, are also being actively manufactured there. In 2011, the automotive industry produced 45,000 vehicles. As of the year 2012, the factory had produced 2 million different automobiles. The engines are eco-friendly and meet the requirements of European regulations. Now we are continuing the manufacture of the KamAZ-65117, KamAZ-5325 tractors, and KamAZ-6540 dump trucks. Additionally, armored trucks and infantry fighting vehicles are manufactured to meet the requirements of the military. 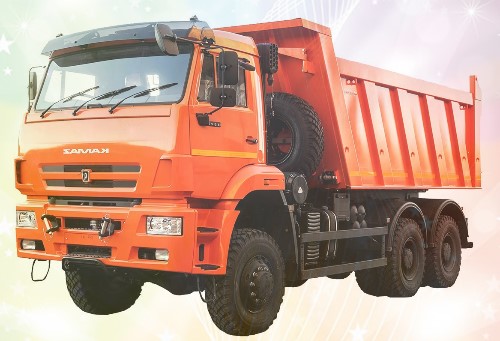