One of Europe’s largest producers of heavy-duty vehicles is the Kremenchuk Automobile Plant, now known as AvtoKrAZ Private Joint Stock Company (PJSC). Some sources date the start of production of such vehicles to 1958.

Two and three-axle dump trucks, flatbed vehicles, semi-trailer tractors, timber trucks, chassis for installation of special equipment, and a variety of trailer equipment are all part of the holding company’s program. In 57 different countries, KrAZ automobiles are used with great success.

The auto factory was sold to JV Mega Motors in 1999, making it privately owned. The holding company “AvtoKrAZ” was named one of Ukraine’s top 100 businesses in 2001. More than 1,400 trucks were manufactured and sold in 2002, according to the results of the preceding year’s efforts.

The Yaroslavl Motor Plant produces the diesel engines used in KrAZ vehicles, and the transmissions range from 3 to 8 speeds. After tests go well, the plant plans to release a trial batch of KrAZ trucks powered by Cummins.

The parent company currently manufactures over a hundred unique vehicle configurations. In addition, KrAZ chassis are commonly used to install lifting cranes, fuel fillers, and other specialized machinery for oil and gas and forestry complexes.

More than 800,000 automobiles have been manufactured under the KrAZ brand since the company’s inception in 1959.

The “AvtoKrAZ” holding’s quality management system has been audited and found to be by ISO 9001:2000. More than 300 distinct occupations are represented among the qualified workforce. The company employs 17.8 thousand people, with 6.8 thousand working in the automobile assembly plant.

The company also manufactures over 400 different brand names of auto parts for maintenance and repair.

KrAZ trucks have been manufactured in the following generations: 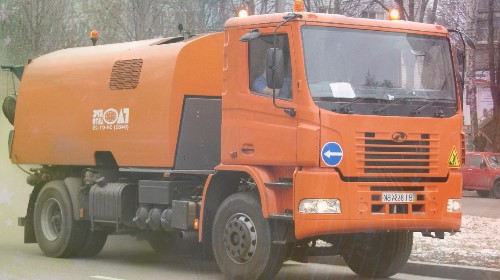