The American retailer Sears, which also operates the CRAFTSMAN brand, is the owner of the hypermarket chain of the same name in the United States. It all kicked off at the end of the 19th century when the art of producing timepieces was uncovered. As early as 1927, the firm began manufacturing CRAFTSMAN-branded bicycles, carts, carriages, and hand tools. You can examine some old CRAFTSMAN tools and other artifacts at Sears’ headquarters. They made high-quality hand tools under this label.

As early as 1948, the first push-type lawnmower was introduced. After that, the firm’s manufacture of gardening tools expanded rapidly. The CRAFTSMAN compact tractor would soon be on the market.

In 1959, Sears began selling garden tractors, specifically the David Bradley Suburban models. After David Bradley’s name was dropped in 1964, Craftsman was the company’s moniker until the 1970s. As a result, all lawn tractors sold by Sears these days are either Craftsman or Craftsman Professional models. Several manufacturers have contributed to this line of tractors over the years, with AYP and MTD accounting for most models.

CRAFTSMAN tools are recognized around the globe for their reliability, comfort, and user-friendliness. Most Americans utilize CRAFTSMAN brand garden equipment because it is user-friendly and straightforward. As a result, the worldwide gardening community has come to trust CRAFTSMAN tools.

The CRAFTSMAN name does not produce its goods; rather, it contracts with other companies in North America to fill customer orders. MTD produces “snow blowers,” whereas the former Electrolux firm (now Husqvarna) produces the rest of the equipment (lawnmowers, tractors, cultivators, chainsaws, and some snow blowers). Selecting vegetation in accordance with CRAFTSMAN’s pricing policy. It’s named “medium,” but the selection of lawn care tools includes both high-end (powered by Honda) and low-priced options. 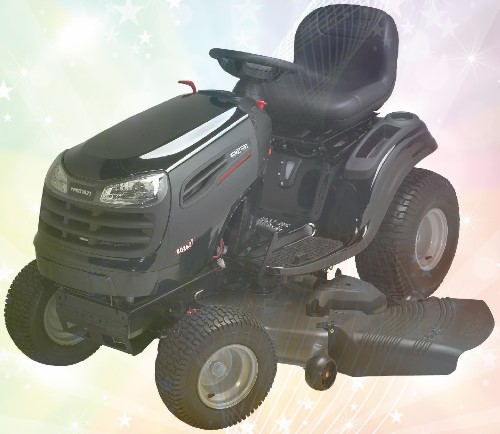 When something about the quality of products created by its order doesn’t meet Sears’ standards, the retailer immediately switches manufacturers. This is especially true of the company’s garden equipment, which is subject to frequent quality checks. As a result, the Murray plant “relocated” the production of Craftsman snowblowers to MTD a few years ago. In honor of the company’s 80th year in business, Craftsman introduced the Gold Anniversary Series. Everything from a tractor to a lawnmower was included. The series had a small print run, as was customary for such publications. CRAFTSMAN garden tools are a joy to use, as our gardeners and gardeners can attest.