In 2005, AMW Motors Ltd., also known as AMW/Asia Motor Works, started manufacturing trucks. The Bhuj, Gujarat facility is home to the company’s in-house design and testing labs, assembly line, and completed goods storage. This enables us to provide our clients with a complete service, beginning with conceptualization and ending with the delivery of finished vehicles.

The Mysore, southern India, facility bought by the business makes bridges and other forged components. In addition to producing parts for cars and machinery, AMW also has other mechanical and automotive components. With a capacity of 15 million wheels per year, Asia Motor Works is the most extensive facility of its kind in Asia. The firm also produces a variety of parts for other, more well-known companies throughout the globe (primarily for its Indian competitors). Given that AMW has over 60 service locations throughout India, it is clear that the firm is committed to expanding its presence in the heavy commercial vehicle sector there.

For the time being, the firm exclusively manufactures 25 and 31-ton three- and four-axle dump trucks, chassis, concrete mixers, and two and three-axle 40 and 49-ton truck tractors. All of our trucks have Euro III compliant Cummins B5.9 engines producing 180 or 235 horsepower and mated to ZF 8-speed automatic transmissions. The cab is manufactured in-house, albeit it is based on the design of the discontinued Mitsubishi Fuso cab (or its Chinese analog) (namely FAW). It’s possible to have either a low or high roof. 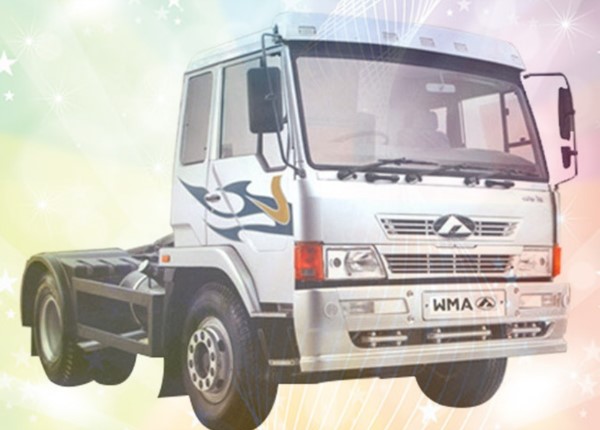 Heavy-duty vehicles got a complete redesign in 2012. A redesigned cab (similar to the Volvo FM cab) and a 267 hp Cummins common rail diesel engine are included in the new 49-ton AMW 4928 TR next-generation truck tractor, which is mated to a 9-speed Eaton gearbox. Also shown was a newfangled AMW 2528 TR dump truck that can haul 25 tons.

But the running arrangements of the new generation remained. Although AMW is India’s third biggest producer of heavy commercial vehicles, the firm lacks the resources to mass-produce a new generation of trucks.