The Minsk Automobile Plant (MAZ) was established by the decision of the State Defense Committee of the Republic of Belarus on August 9, 1944.

The first vehicles produced at the MAZ facility after 1947 were MAZ-205 trucks, and the firm commenced widespread production of heavy vehicles the following year. In 1951, MAZ projected to create 15,000 automobiles but was able to build 25,000 automobiles, a huge increase over the original goal.

The MAZ-500 and MAZ-503 trucks, the successors of the MAZ-200 series vehicles, rolled off the production line for the first time after the fall of 1958. This event had a huge influence on MAZ’s later development.

On the final day of 1965, the six-wheeled big dump truck MAZ-205 was released as the last representative of the first generation of MAZ. The company has totally refocused on assembling MAZ-500 models while progressively boosting manufacturing capacity. The facility was awarded the Order of Lenin in 1966 and the Order of the October Revolution in 1971.

MAZ’s model lineup underwent a period of dramatic reinvention in the seventies. Thus, the production of enhanced MAZ-500A vehicles began in the early fall of 1970, and in the spring of 1976, Minskers produced the first MAZ-5549 dump truck from the new line – MAZ-5335. In the harsh circumstances of Central Asia and Siberia, oilmen, geologists, and builders utilized trucks and tractors created at the time on four-axle, all-wheel-drive chassis. In 1977, the company received its second Order of Lenin.

In the early 1980s, a significant event occurred at MAZ: on May 19, 1981, the first MAZ-5432 truck tractor from the new and promising line of MAZ-6422 trucks and road trains rolled off the plant’s main conveyor, and by mid-April 1983, the assembly line had already rolled off the thousandth one. On April 14, 1989, MAZ produced its one-millionth copy, the MAZ-64221, as its production capacity continued to rise. The business began preparations for the mass manufacture of three-axle truck tractors. By the end of the decade, a prototype of the MAZ-2000 “Perestroika” had been constructed.

In the second part of the 1990s, testing of a new family of MAZ-5440 models was completed satisfactorily, and manufacturing approval was granted. In March 1997, MAZ built the MAZ-54421, the first mainline tractor of a new kind. In the fourth quarter of 1997, citizens of Minsk constructed the first MAZ-54402 and MAZ-544021 cars that fulfill European specifications for large trucks used in international transportation and conform to European norms.

The Minsk Automobile Plant, whose significance in the formation and development of the Soviet economy is difficult to overstate, continued (and continues to this day) to meet the demand for trucks not only in Belarus but also in many other countries of the post-Soviet space after the fall of the Soviet Union.

MAZ was the first local manufacturer to construct a low-floor MAZ 171 bus, intended exclusively for transferring people between an airplane and an airport terminal, in the first quarter of 2006. According to a competition sponsored by the Commercial Transport newspaper in 2007, MAZ 171 was selected as the “Best Bus of the Year in Russia.” 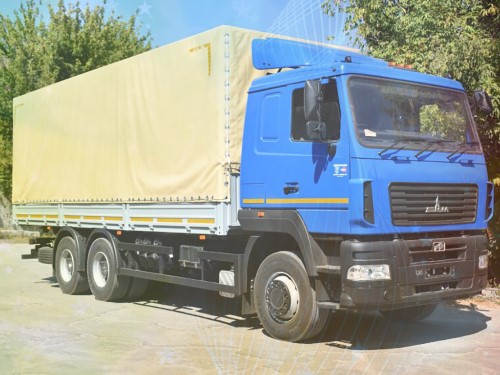