The TATA-613 truck belongs to the class of medium-duty special trucks and is not equipped with a hood. The Indian car is in high demand due to its many advantages. It is reliable, practical, equipped with a robust power plant, and can be used within the city.

Among the modifications of the machine, the following models can be distinguished:

A power unit of its production is installed, which has proven itself when working under challenging conditions. The six-cylinder in-line 697 NA is equipped with a turbocharged system mounted near the operator. The engine capacity of the Tata 613 is 5.7 liters, and the power is 130 horsepower, torque – is 416 Nm, and rotational speed – is 1700 rpm.

The mechanical type gearbox is synchronized with the motor, and it has five steps. First, the Mico Bosch fuel supply system reduces diesel fuel consumption. Second, the clutch is friction, 1-disk, and dry. Third, the cooling system is water.

The motor has been tested on many machines; over time, all its shortcomings have been eliminated, guaranteeing long-term trouble-free operation. The mileage before the overhaul of the power plant is 750 thousand km.

The main load-bearing structure is a ladder one; channels are used as spars, connected with rivets and bolts. As an option, the installation of a van from a white profiled sheet is used. The doors are double-leaf, and they are fastened with six hinges. Width – 2.14 m, height – 1.07 m.

Inside the van of the TATA-613 car, a pair of lighting devices is installed, and the wires are covered with a plastic box or corrugated niches, which ensures their safety. For ventilation, holes are arranged in the front wall. The wear resistance of the floor covering is provided by the properties of the material from which it is made. This is Bakelite with a power of 4 mm.

For safety during night driving, the installation of parking lights around the perimeter of the car is provided. Optionally, air conditioning can be installed in the cabin.

The front and rear parts provide for the installation of dependent suspensions on longitudinal semi-elliptical springs. The hydraulic booster is manufactured by ZF, characterized by durability and long service life. 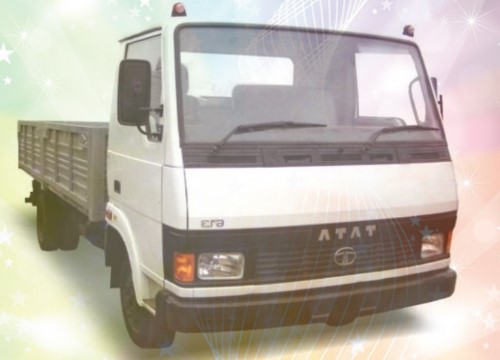