Volvo introduced its new line of VN tractors in 1997. Tractors of the Volvo VNL and VNM varieties looked like this. The machines are based on the tried and true FH12 wheelbase and prior Volvo USA advancements. VN tractors are still well recognized among North American truckers due to the successful effort to incorporate European standards into American designs.

The VN series was designed for hauling anything from 36 to 57 tons. The top speed is 103 kilometers per hour. The Volvo VNL tractor was introduced in 1997, albeit initially, it was sold only in Canada and the United States. Only in 2003 did Europeans get a look at the prototype for themselves.

The length of the truck is denoted by the final letter of its name. The VNL and VNM are distinguished by the length of their hoods and the width of the gap between the bumper and the back of the cab (2870 and 3124 mm, respectively). This variation is also reflected in the engine output, which varies from 284 to 557 horsepower.

Tractors from the WIA and WCA series were discontinued and replaced with the first-generation VNL. Every model in the VN range is marketed as a truck tractor intended to haul heavy cargo over long distances. The effectiveness of the engines is a determining factor for such critical objectives. Powering the Volvo VNL tractor are VED 12 diesel engines of 12, 10, or 6 liters, producing 431, 390, or 349 horsepower via one of 14 manual gear ratios. It is possible to swap any engine or transmission made specifically for tractors into this model.

The VN line has a “day” small cab lengths of 104, 155, and 195.6 cm, in addition to longer cabs that may be used as living or sleeping spaces. The cab and living quarters are integrated, and it has a stronger structure, better suspension, and increased noise insulation to prevent major deformation in the event of a tractor rollover.

Exploring alternative energy sources is key to the company’s strategy for growth. While VNX has seen the majority of new releases, the VN series has seen several. Volvo Trucks plans to provide new engine options using alternative fuels shortly. Dimethyl ether is an energy-efficient fuel with little environmental effect, and the firm intends to use it in its vehicles.

Dimethyl ether is widely utilized now, although not as a fuel. Finally, DME may be made from renewable and nonrenewable sources (biomass). The conclusion follows years of research and development, field testing, and consultations with fuel producers and experts. The Volvo VNL DME series’s D13 engine is where DME technology first appears.

The D13-LNG series, which uses liquefied natural gas as fuel, debuted in 2013 at an exhibition in the American city of Louisville. The new engine outperforms conventional gas engines by 20% and outsavers diesel engines in terms of fuel efficiency. In addition to the diesel engine, Volvo has suggested a compressed gas-powered variant (CNG – compressed natural gas).

Compared to other vehicles in the VNL family, the VNL Hybrid is more fuel efficient and quicker, but its high price prevents it from being made available to drivers. 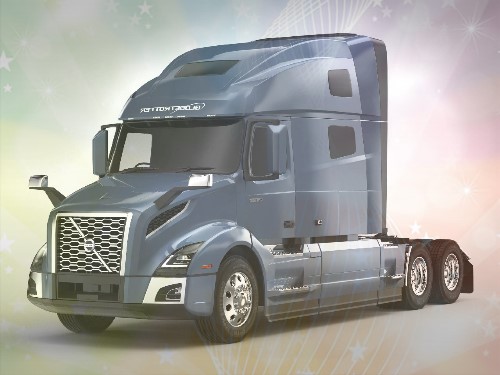 After its debut in 2010, Sweden’s Mean Green Hybrid high-speed tractor quickly became a global sensation after breaking the world speed record on June 9 of that year. This vehicle had a top speed of 166.7 kilometers per hour. A modified electric motor adding 200 horsepower was installed in the vehicle. Together with a 16-liter diesel engine producing 700 horsepower, it propels a tractor. In addition, there has been a reorganization of the gas distribution system. As a result, it was upgraded to 1,900 horsepower when everything was done.

A Volvo VNL Hybrid broke two world records on the runway at Wendover Airport in April of 2012. At a distance of one kilometer, the traveling speed was 236.57 km/h, whereas the starting speed was 153.25 km/h.

The VNL 300 and 430 are designed for local transportation and trailer hauling. In contrast, the Volvo 780 is geared toward businesses that want a dependable vehicle capable of transporting huge goods. It’s a highway automobile built for long shifts.