The company Astra, which celebrated its 65th anniversary in 2011, is part of the Iveco concern. The cars produced by it, being partially unified with similar models of the parent company, primarily for engines and transmissions, are designed for operation under more severe conditions, and therefore have a stronger and more durable running gear. 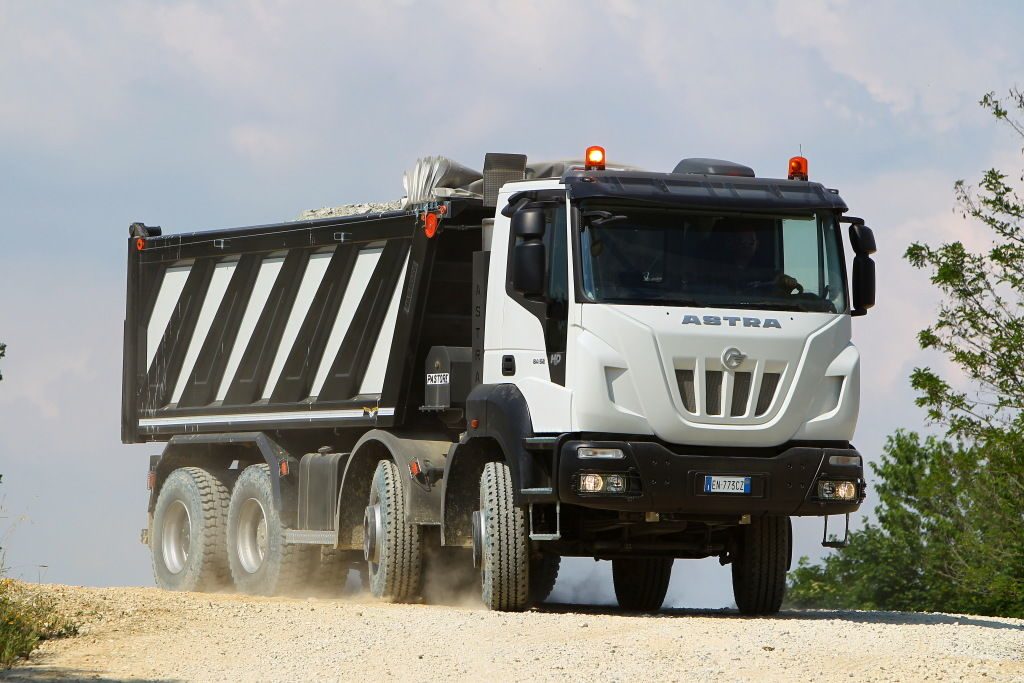 The base family of trucks HD8 HD is a reduction from Heavy Duty, which translates as a heavy mode replaced the family of the previous generation HD7 in 2005. It includes a whole range of biaxial, three-axle and four-axle rear-wheel and all-wheel drive models, among which there are truck tractors designed for towing semitrailers weighing more than one hundred tons, universal chassis and dump trucks. They are equipped with Iveco Cursor engines from 310 to 560 liters. with., which are equipped with a proprietary motor brake and in the basic version are combined with mechanical 16-speed gearboxes ZF. Specially for these cars, fiberglass cabs have been developed on a strong tubular frame in four basic variants. The total weight of triaxial dump trucks reaches 40 tons, four-axle – 50 tons.

To work in quarries based on Astra HD8, the company produces specially modified Astra HHD8 (Heavy Heavy Duty) dump trucks with a 6X6 wheel arrangement. To withstand more severe operating conditions, they received additional reinforcement of the chassis and more sturdy bodies. Specially for the armed forces, off-road vehicles with the wheel arrangement of 4X4, 6X6 and 8X8 families of Astra SMH and Astra SMR are offered.

They are created on the basis of a family of civilian HD models and differ from them primarily by a more utilitarian cabin, created with army requirements in mind. The three-axle articulated articulated dump trucks of the ADT family with automatic transmission are used in the development of mineral deposits and on the pouring of roads in hard-to-reach terrain. 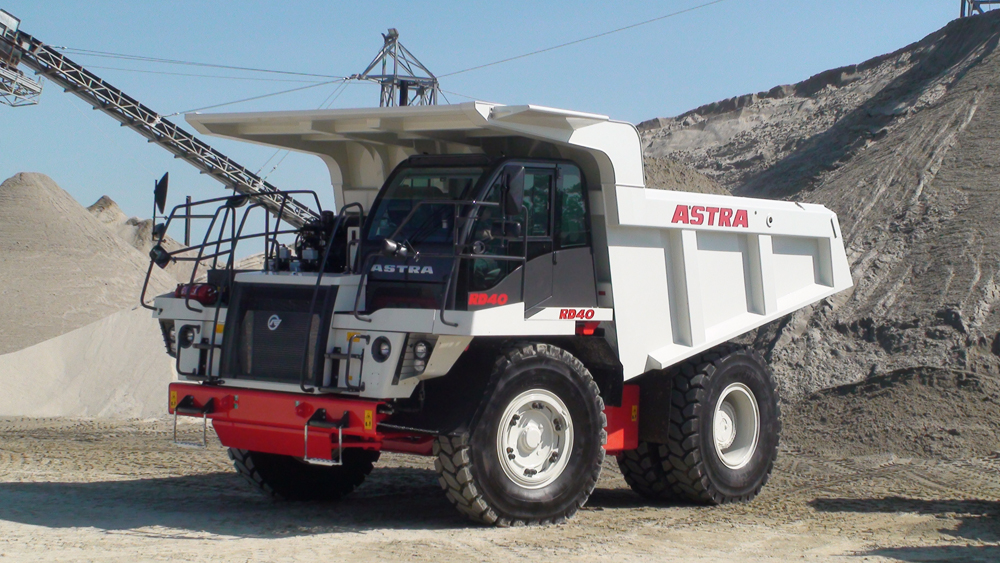 Depending on the modification of their load capacity ranges from 23 to 36 tons, and the geometric body volume – from 10.6 to 17 m3. For such trucks, the Cursor 10 or Cursor 13 family engines are used, whose power ranges from 320 to 455 liters. from. Another area of Astra’s work is the production of traditional dump trucks. Their family includes models RD28, RD32, RD40 and RD50, where the figures indicate the maximum tonnage.

All of them are equipped with automatic transmission, as well as an independent front and semi-independent rear hydro-pneumatic suspension. Their engines produced by Iveco or Deutz, depending on the model, range from 353 to 653 liters. s., and the geometric volume of the body is from 14.2 to 23 m3.