Isuzu Elf is a compact truck manufactured by the Japanese company Isuzu since 1959. In European countries, they are called Isuzu N-series. Initially, it was produced for the market of Japan, Asian countries, and Australia. It has been assembled in the latter, including from local components, since the 1970s. From the early 1980s, the truck became popular in the United States (under the Chevrolet and GMC brand as the W-series) and the Isuzu N-series. However, only wide cab versions are available in North America.

For the markets of South American countries (including Chile and Peru), the truck has been assembled at the GM-Colmotores plant in the Colombian city of Bogotá, since 1991, with annual volumes from 20 to 60 thousand units. The local assembly is increasing due to growing demand in Colombia and neighboring countries.

In Indonesia, the Elf is used not only as a truck, and local manufacturers rebuild it into minibusses. Lighter four-wheeled models are usually used as long-distance taxis, school buses, or as service buses.

In 1993, a new fifth-generation model was presented, and the cars received a completely new cabin and decoration.

In 1998, a modification of the Elf CNG truck, which runs on gas, was presented.

In 2004, the car was renewed by changing the headlights, radiator grills, bumper, etc.

In 2006, sales of this generation of Isuzu Elf were discontinued in Japan, but they are still sold in other countries.

In 2006, production of the sixth generation Isuzu Elf began. The car received a changed cabin with an almost vertical windshield and new equipment. 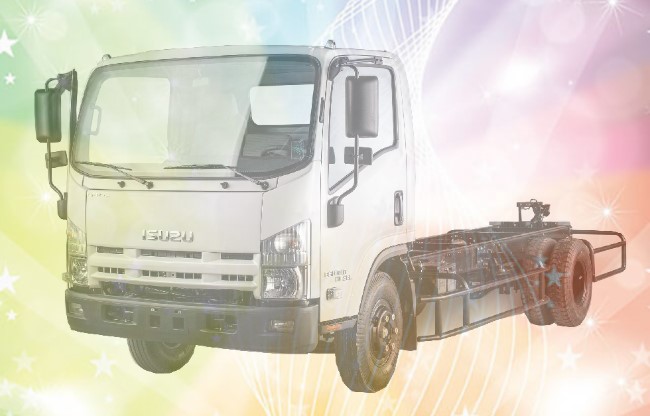