The MAN F2000 truck tractor is designed to transport materials over any distance. It is characterized by reliability and high build quality, guaranteeing efficiency when working in difficult conditions.

The presentation of the first car took place in 1994 in Hannover, and already in 1995, it received the Truck of the Year award. Its design, compared to previous models, had a large number of features, including large headlights and a three-piece bumper. The lighting elements of the MAN F2000 tractor are located behind double glass – plexiglass, which is difficult to scratch. Lighting efficiency, in this case, increased by 75%. Body repairs are now cheaper. The bumper design can be partially replaced. This is due to the installation of three separate elements. The extension at the bottom had a positive effect on engine cooling and safety in emergency situations.

The car, which replaced the MAN F9 model, had various options with a gross weight of 18 to 48 tons with two, three and four axles. Diesel engines with a capacity of 270-500 hp were installed on trucks: in-line five-cylinder and six-cylinder, as well as V10 engines.

Licensed copies of the car were also made in China under the Shaanxi and Shacman brands. The successor to the MAN F90 was the MAN F2000.

The production of the MAN G90 medium-duty truck started in 1979. This car was created jointly by MAN and Volkswagen: the car received a cab from the commercial Volkswagen LT model, gearboxes, and a rear axle from Volkswagen.

In 1987, the model was restyled, as a result of which the headlights became rectangular and moved to the front bumper. Cars were produced until 1993. In total, 72 thousand copies of the MAN G90 model were made at the factories in Hannover and Salzgitter.

Cars are produced in variants of truck tractors and chassis. Tractors intended for long-distance transportation have a gross weight of 18, 24, and 26 tons.

It has been in production since 2005 that the MAN TGL series of trucks. Vehicles have turbodiesel engines ranging in size from 4.5 to 6.9 liters and producing 150 to 250 horsepower.

The MAN TGL’s powerful engines, sturdy chassis, and generous payload capacity are just part of the story; the Truck’s assured driving characteristics, optimal handling, and impressive maneuverability all leave an impression. As a result, it is capable of handling the routine activities associated with freight transportation with little effort. The TGL may be used in a variety of commercial and non-commercial settings.

Powering the MAN TGL are efficient common rail engines. If desired, a MAN TipMatic® transmission may be fitted. The fuel efficiency and cargo capacity of the vehicle are both enhanced by this combination. The MAN TGL readily satisfies the requirements of the Euro 6 emission standard thanks to the tried and true combination of EGR, SCR, and particle filter.

Produced in 2007, the MAN TGS truck serves as regional transportation or as the foundation for developing construction equipment. The MAN TGX is the name of a pricier variant of the vehicle.

All MAN TGS models come standard with in-line six-cylinder diesel engines ranging in displacement from 10.5 to 12.4 liters and output from 320 to 540 horsepower. To further protect the environment, the vehicle was modified in 2012 with more powerful engines that met the Euro-6 standard.

The MAN TGX pickup truck replaced the venerable TGA series in 2007. The tractor’s high cab facilitates its primary use as a long-distance transport device. The TGS designates the construction industry’s regional transport variant of the Truck.

Diesel engines power the MAN TGX, which comes with either an in-line six-cylinder (10.5 or 12.4 liters) or a V-shaped eight-cylinder (16.2 liters). To further protect the environment, the vehicle was modified in 2012 with more powerful engines that met the Euro-6 standard. 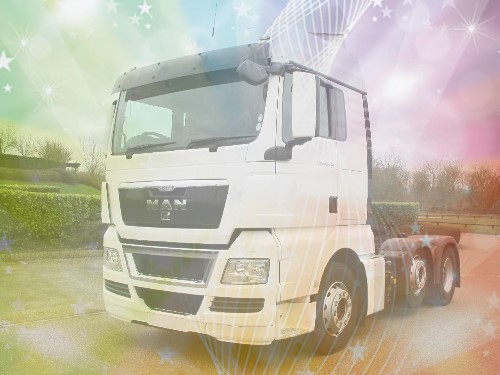