Nissan Motor Co., Ltd dates back to 1933 after the merger of Nihon Sangyo and Tobata Imono. Although initially, NISSAN planned only to develop engines and cars for the Japanese market, at the end of the 50s, the production of rocket engines was also launched, and in 1958 the company began to supply cars to the USA, in 1962 to Europe. The first foreign production was established in Taiwan in 1958-1959. Now NISSAN has factories in more than 20 countries around the world.

Since 1958, the Nissan Forklift division has been operating at full capacity, producing loading equipment, first for Nissan factories and later for export. The first loader rolled off the assembly line at the Totsuka plant in 1957.

Now Nissan Forklift has several production bases in Japan, the USA, Spain, and Sweden. All bases carry out strict quality control for products, including multi-stage control of parts, forklifts, engines, and, after assembly, the entire system.

At Nissan Forklift, they always approach equipment as meticulously as possible, trying to foresee what and where can go wrong and under what conditions the loader may malfunction. Then, the design is carried out in several stages, and computer modeling and calculations are carried out, after which the loader is assembled and tested.

Testing of Nissan Forklift forklifts is carried out according to its proven technology over many years of development and supply. For testing, special chambers are created – rooms where loaders are exposed to moisture, dust, loads exceeding design characteristics, and heavy objects falling on the driver’s cab and fork loaders; every Nissan Forklift is tested like a premium passenger car with increased safety, making all Nissan Forklifts more reliable.

Nissan trucks combine high performance with environmental friendliness and economy. For example, the engine for the Nissan Forklift is typically developed from a car engine and has reduced emissions and exceeds all environmental regulations in the US, Japan, and Europe, leading to many forklifts being purchased by firms operating in environmentally friendly regions where it is simply illegal to use other forklifts. 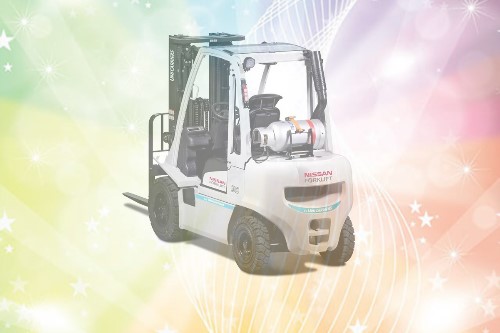 Nissan loaders are available with both internal combustion and electric motors, have a large payload of up to 8 tons in some models, compact dimensions, and a high-quality wheelbase with excellent tires that reliably grip the loader to the surface and soften the load on the loader fork. All loaders have excellent balance, convenient control, and easy operation. Nissan Forklift also produces accessories for its forklifts.