An in-line 6-cylinder engine of the 71 series was developed and launched into production by Detroit Diesel in 1938 when it was still a division of General Motors. The series got its name due to the size of the working volume-71 cubic inches per cylinder. In 1957, a V-shaped engine modification appeared. The design of the Detroit Diesel Series 71 engine was so successful that, having survived a number of modernizations, it still remains in production. You can take the Detroit Diesel Series 71 engine, released in the 50s, install updated heads, attachments, and electronic control system on it, and you get a modern engine.

The engines are indicated as follows: in in-line engines, the number of cylinders is indicated, then through the hyphen, the name of the series, for example, DD 4-71 and DD 6-71; The V-shaped engines indicate the number of cylinders, then the letter “V” which means the V-shaped design of the block, after the model is the name of the model, for example, DD 6V71, DD 8V71, DD 12V71, DD 16V71. The letter “t” after these names indicates the presence of turbocharges. The letters L or N indicate an engine design with a reduced profile (it was used on trucks and buses). 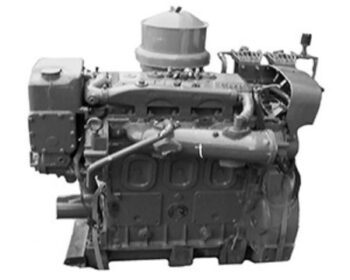