The Detroit Diesel Series 92 is two-stroke engine, which was represented in 1973 as the further development of the 71 series. It was produced in 6, 8, 12, and 16-cylinder versions, all with V-shaped layouts.

The Detroit Diesel 92 Series engines are two-stroke diesel engines. The main advantage of two-stroke diesel engines is the high engine speed when maintaining sufficiently high torque. This advantage allows you to obtain a sufficiently large power with relatively small engine dimensions. In addition, two-stroke engines have quite large efficiency indicators. But one of the disadvantages of these engines is the high content of combustion products in exhaust gases, and it is this factor that is the key to reducing the pace of production and the use of these engines. 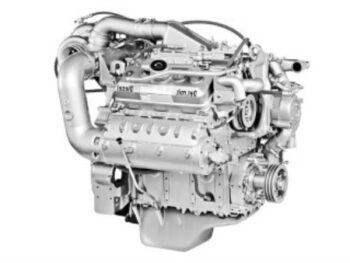 Interesting Facts: 8V92 continues to be delivered to the US Army for Oshkosh trucks
The jargon title of these engines is Fuel Squeezers (fuel squeezers). Since they provided a higher fuel efficiency than the 71st series, the 6V-92TT modification was 10-20% more economical than the old model, comparable in volume and power