In 1987, the production of the 12.7-liter Detroit Diesel Series 60 in-line 6-cylinder four-stroke diesel engine got underway. It was unlike other engines of the time in two key ways: the camshaft was located above the engine, and it was controlled entirely electronically. There was an 11.1-liter, 350-horsepower variant for buses introduced in 1993. This edition was withdrawn from sale in 1998.

The crankshaft’s larger motion in 2001 enabled the working capacity to grow to 14 liters, resulting in an increase of 575 horsepower and 2.510 Nm of torque. The 14-liter model, equipped with the DDEC V control unit, took over as the standard for Freightliner tractors in 2004. After the 12.7-liter model of the Detroit Diesel Series 60 was discontinued in 2007, the 14-liter model was introduced.

The DDEC VI control system, compression, higher fuel pressure in nozzles, and a DPF filter were all used in 2007–2010 to update Detroit Diesel 14 liters to meet stricter environmental regulations. To reiterate, the engine’s cylinder block and crankshaft are identical to those seen in 2004–2006 vehicles. The 60th series of engines were retired in 2011 and replaced by the DD15. 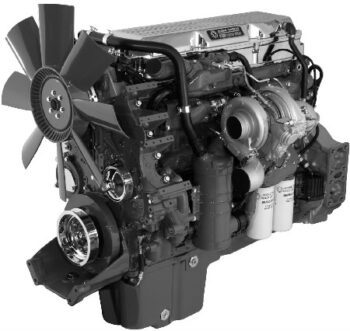 The production industry also makes extensive use of 12.7 and 14 liters Detroit Diesel Series 60 engines, which may be found in a variety of vehicles and facilities, including mine dump trucks and oil processing units.