Since 1948, the Indian firm Eicher has been in the business of producing buses. The firm’s products include chassis designed and developed in-house by the company. In addition, it manufactures a diverse selection of passenger transportation, including buses for long-distance and local communication and those used in schools and other settings.

One of its products, the Nova 200, is a minibus with a length of 4.9 meters used by businesses that provide city transportation. Skyline is a series of buses with diesel or gas engines for the city and intercultural, and they have a capacity of up to 44 people. Finally, the cruiser is a diesel transportation of the intercity and urban class, and it has space for 33 passengers.

In 2006, Eicher Motors Limited was responsible for producing 24,300 trucks, the majority of which had either small or medium carrying capacity. The company’s product line included automobiles, buses, motorbikes, and gearbox components. Only the transfer of the company’s operations to a new partnership that would manufacture automobiles like trucks and buses is on the agenda for the firm this year. It is believed that once the new business is up and running, the manufacture of bikes will be discontinued.

In 2007, Volvo made public their plan to form a new joint venture with the Indian producer of Eicher Motors Limited automobiles, and they said that this would be the basis of their business relationship. As a result of the fact that the market for heavy trucks in India is the fourth biggest in the world, it is exceptionally vital for Volvo to strengthen its position in this market and to do so in a manner that is consistent with the company’s overall strategic growth. This transaction took place in the year 2008.

2008 marked the beginning of production for the company’s Eicher Pro Series trucks. These automobiles have a weight capacity of up to 49 tons.

These days, Eicher Trucks operates under the umbrella of the Volvo company as a subsidiary. They are a member of a vast and joyful family that includes Mack, Renault Trucks, UD, and Volvo Trucks, and together they provide trucks to every part of the globe.

2015 saw the beginning of two firms, Polaris Industries, and Eicher Motors, working together to produce a vehicle. The developers have several ideas in the works, one of which is to establish a new brand of motor vehicles, which will be used as the label under which bikes will be manufactured for sale in the markets of India, Asia, and South America. 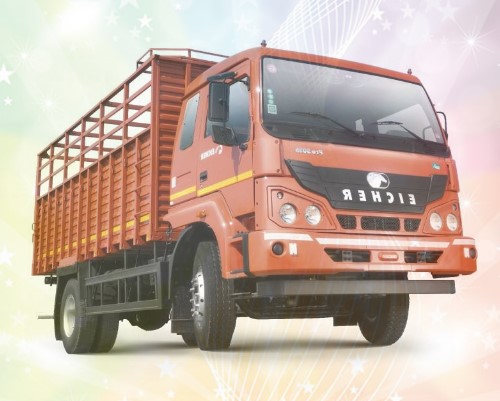