DAF (Netherlands) is a manufacturer of powerful chassis and saddle tractors, which are in high demand due to impeccable assembly, which ensures the high reliability and efficiency of this cargo equipment. The history of the brand began in the 1920s of the last century, when the Brothers Van Dorna brothers began to release trailers. Since 1932, the company became called Van Doorne’s Aanhangwagen Fabriek (DAF). At the end of World War II, she began to produce civilian and military cargo equipment, buses. In the 60s, DAF had a passenger compartment, which in 1972 passed to Volvo. Currently, DAF Trucks is the largest manufacturer of cargo equipment. The lineup of the truck car DAF is represented by series – XF, CF, LF, each of which includes models with different dimensional and technical characteristics.

The first heavy trucks of the XF95 series were released in 1987, and in 2005 the release of the DAF XF 105 model began, which was recognized as a “truck of the year” and immediately took leading positions among trucks with similar characteristics. This cargo equipment is designed to transport heavy goods on long -range routes.

The new modifications of DAF XF 105 meet Euro-4 and Euro-5 standards. DAF offers several constructive options that differ among themselves by the power of the motor, full mass and other technical characteristics.

Heavy cars can have a drive bridge with wheel gearboxes that allow cargo equipment to operate in difficult road conditions. Trucks DAF series XF 105 are equipped with security systems:

In the early 90s of the last century, DAF began the production of medium-tank cargo cars 65, 75, 85, intended for operation on urban, intercity and international lines. Their significant advantage is low operating expenses. At the beginning of our century, medium -tonnage trucks officially began to be indicated by the letters CF. Full mass of representatives of the DAF CF lineup: 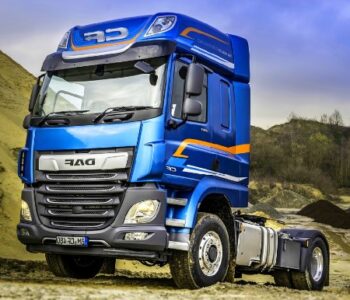 Different models of the LF series trucks, the production of which began in 2001, have a total mass of 6-21 tons. The peculiarity of this line is a combination of their own own mass and good carrying capacity, provided technically by the advanced chassis. Supporting for the LF chassis – self -lifting platforms, vans of various designs and functionality, devices used in the communhosis.

When equipping trucks of the LF series are used:

Most of the new LF series models are supplied in standard configuration with technically advanced systems that increase the reliability of the vehicle: