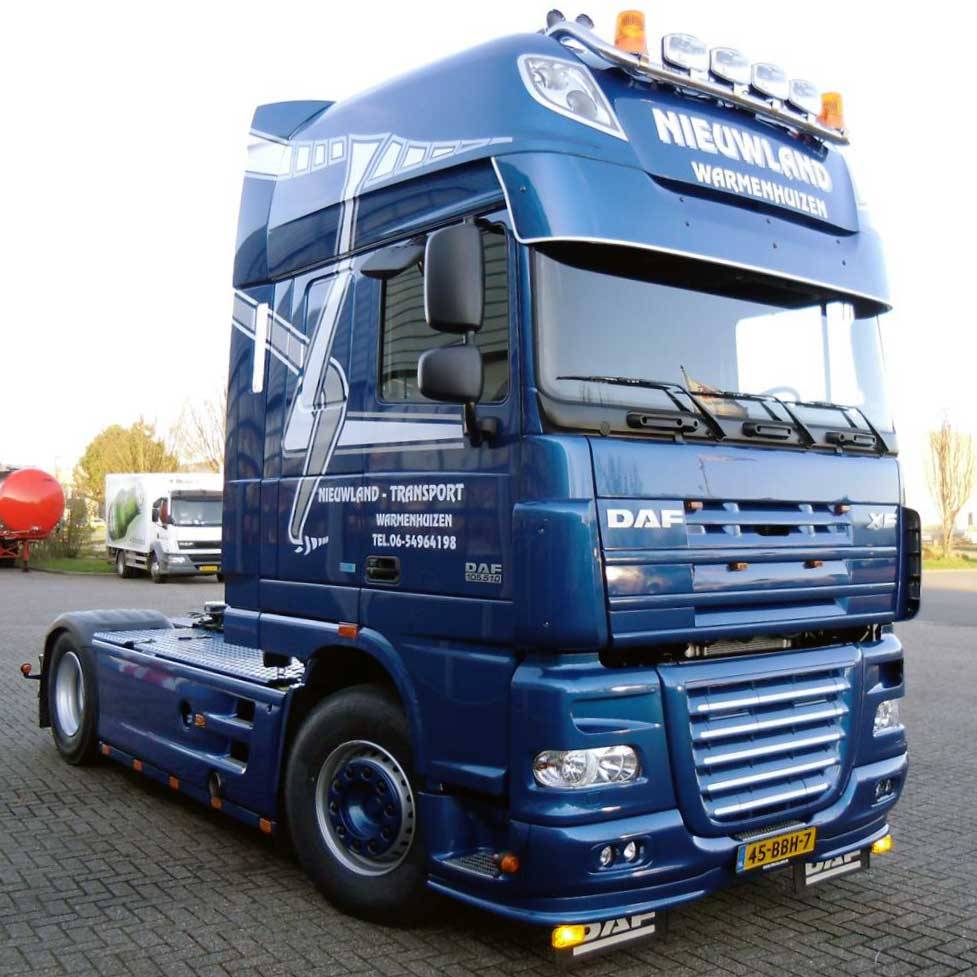 Daf XF 105 is the flagship of the manufacturer. But at the same time it does not belong to the novelties in the truck market. The tractor was presented in 2005, and it is still in high demand. After the presentation, the same tractor was rewarded with all sorts of awards, including he won the main prize in the competition Truck of the Year. For the first time in Russia, Daf 105 appeared in 2006.

Daf XF 105 was created to replace the Daf XF 95, which was produced before 2007. It turns out that the parallel production of the 105th and 95th family trucks lasted just over one year, until the production of the old version of Daf tractors was over. The description of the new model includes a number of changes. Under the hood of the truck, new plants appeared that meet the requirements of the Euro-5 and Euro-4 standards. For comparison, Daf 95 installations corresponded to “Euro-3”. In 2013, the engine of the 105th model was improved to meet the “Euro-6” standards. Daf XF 95, previously produced could not satisfy the requirements of “Euro-3”. This was the prerequisite for the creation of the updated model XF105, which in terms of the amount of harmful content in emissions corresponds to the norms of Euro-5. The new version of the Daf XF 105 is equipped with a six-cylinder 12.9-liter PACCAR MX turbodiesel, whose capacity is from 410 to 460 or 510 horsepower.

The Daf 105 is equipped with a 12-speed or 16-speed manual gearbox. Also there are models on the automatic transmission. To improve the passableness, a driving axle with wheel-mounted reducers is installed on the tractor.

The biaxial version of the truck is equipped with a 3.6-meter wheelbase. Biaxial versions have a wheelbase from 3.1 to 4.55 meters, four-axle versions are equipped with a wheelbase of 4.8 meters. Daf XF105 is characterized by economical fuel consumption, which is a significant advantage considering the technical characteristics of the tractor. Trucks with a capacity of 460 hp. – the most common option. The volume of the fuel tank can reach 1500.