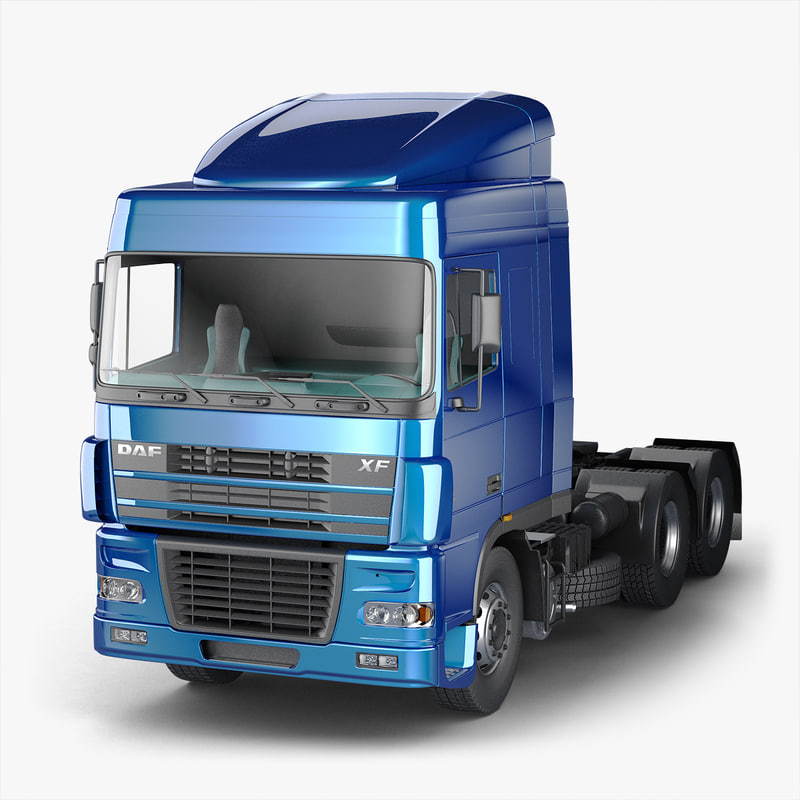 DAF XF 95 is a family of Dutch heavy trucks. Despite worthy quality, special modernization under Russian operating conditions and the highest reliability, DAF products are inferior to the models of Mercedes and Iveco in terms of demand.

The most demanded in the line of the brand remains the truck DAF XF 95, which is produced for 30 years. It is this family that is considered the main one, and in Europe it successfully competes with “classmates”, and the only weak point of the car is a rather high cost. In 2007, the car was recognized as the best truck of the year.

DAF XF 95 is a new family of trucks. However, the story of the series began in 1987. Then the Dutch brand introduced the debut truck 95. In appearance and technical characteristics, it differed little from the models of that time. For the DAF brand, the model became the flagship of the model line. The first 95 vehicle was positioned as a tractor intended for permanent traveling, designed for an annual mileage of more than 150,000 km.

The design of the debut truck also turned out to be quite classic. The model was completed with a large cockpit cabin with a “strip” radiator grille, a huge brand inscription in front and a bumper with standard headlights.

Despite the unpretentious appearance, the car was very successful and enjoyed stable demand in the world market. Thanks to high sales, the Dutch brand has firmly established itself on the European auto market.

Upgrade the tractor DAF decided only in 1997. Then the premiere of the improved variation of the truck took place. In order not to confuse generations, the developers added an additional marking to the title. Now the cabin was decorated with the inscription 95 XF, which meant “extra forte”. With a similar designation, the manufacturer decided to show the power and character of the truck. In the 1990s, the first Dutch cars appeared on the Russian car market. The technique had a high cost, which immediately limited its distribution. However, the machines did not disappoint the owners and in the end paid off fairly quickly.

Soon there were new versions of DAF 95 XF with incredibly roomy cabin Super Space Cab. The driver and passengers in it could move around without bending over. In the cabin were immediately 2 beds, connected by stairs. To one “sleeping bag” was attached a folding structure, made on the principle of carriages shelves.

The internal component was also refined. The greatest changes affected the motor scale. Initially, DAF 95 XF was offered with 12.7-liter engines with a capacity of 381-483 hp, but later in the line appeared 14-liter units with a capacity of up to 530 hp, corresponding to the “Euro-2”. The motor itself underwent a global modernization. It was adapted to new conditions (metric system of measures and 24 V instead of 12 V, used in American versions). But the finicky engines are preserved, which negatively affected the work of tractors in Russia. The engine on domestic fuel worked unstably.

In general, the successful design and high quality of the finish provided the novelty with an additional audience.

The DAF XF 95 family includes several modifications of the chassis:

Dimensions of the base model:

The maximum tractor speed with a limiter is 95 km / h. The average fuel consumption is 32 liters per 100 kilometers, the main fuel tank accommodates 620 liters of fuel.

Tractors DAP XF 95 are equipped with 6-cylinder diesel engines with a working volume of 12.7 and 14 liters. The manufacturer of these engines is the well-known American company PACCAR (the plant is manufactured in Holland). On some modifications, Cummins motors were used. The units are equipped with the UPEC branded fuel injection system from DAF with injectors with electronically controlled individual pumps that increase efficiency and environmental friendliness. The power of the motors varies from 381 to 530 hp, the maximum torque – from 1750 to 2100 Nm. All units comply with the ecological class “Euro-3”.