School and commercial buses may be equipped with the Navistar International 3000 Series transit-style (Type D) bus chassis. It has been manufactured since 1990 and comes with either a front or a rear engine.

The 3000 was the first rear-engine bus chassis developed in over 20 years when it was originally introduced in 1996 as a chassis for the AmTran RE. This chassis has only been used by AmTran and its Navistar corporate successor IC Bus, except for a few buses bodied by Corbeil in the late 1990s. It has one of North America’s longest manufacturing runs of a bus chassis, having been produced unaltered for 20 years.

The 3000 was only powered by International diesel engines from 1996 to 2016. The engine range, which was first launched with the T444E V8 engine, was extended in 1997 to include the DT engine family and replacement V8 engines, including the VT365 and MaxxForce 7.

The 3900 was originally manufactured in 1990 as a successor for the venerable International Harvester 1853FC forward-control chassis. Many body manufacturers used the 3900 to replace the discarded General Motors S7 and Asia-Smith Motors forward-control chassis, along with its IHC predecessor. AmTran, a subsidiary of Navistar, was the only company still using the 3900 by the mid-1990s. However, front-engine bus chassis manufacture was stopped in 2010. 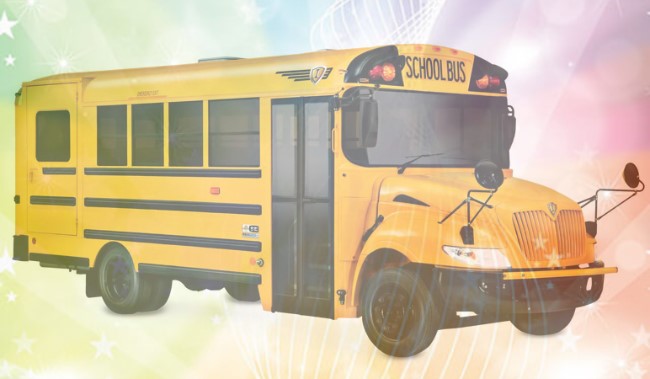 The 3900/3000 retained mechanical similarity with the 3800 conventional despite having a bare chassis rather than a cowled chassis. This featured common suspension and engine elements, whereas Navistar instrument panels and steering columns were used inside. The International 4700/4900 served as the foundation for the 3800.

Due to the usage of EGR emissions treatment systems, Navistar stopped using MaxxForce engines. The business said that the Cummins ISL9 will take their place for 2017 production, with the Cummins ISB6.7 being a possibility for 2018.