These Scania Trucks & Buses Service Repair Manuals apply to such model as:

Scania produces trucks that help build a business of any kind and format. It’s not just about the performance, reliability, and economy of these trucks but also that Scania knows everything about business and transport work within its framework. Whether it’s construction work, road maintenance, waste collection and transport, wholesale and retail sales, transport of fuels and chemicals, agriculture, forestry, or mining – Scania has the right solution for every application.

Scania trucks are renowned for their high performance and reliability. They help reduce operating costs, increase uptime, and provide drivers with a comfortable and safe working environment.

Unlike other truck manufacturers from the “big European seven,” Scania does not produce small and medium-duty vehicles. Among its large-capacity trucks, a division into models is not provided in the usual sense of the word. Therefore, no names are added to the Scania brand name.

In the designation system, the cabin type is brought to the first place: P, G, R, or S – as its height above the frame increases and the internal volume increases. This is what the Scania range is all about. Until 2005, more T-series cars were produced – a bonnet layout. They are reliable and durable, so even now, they can often be found on the roads.

Further, after the letters P, G, R, S, or T, the engine power in horsepower is set with a three-digit number. After the numbers, they also put the letter L, which indicates the purpose of the car for long-distance transportation. In the sixth marking position, the letter A indicates a truck tractor. The next three characters are the wheel formula. Finally, the letter in the 10th position encodes the category of road conditions for which the chassis is designed: M – only asphalt; H – asphalt or even primer.

The penultimate letter indicates the height of the chassis: N – normal, L – low, E – extra low. Finally, the last letter indicates the type of suspension. This is often A, that is, front spring plus rear pneumatic. A rarer option – Scania trucks are fully pneumatic, with the letter B at the end of the marking. 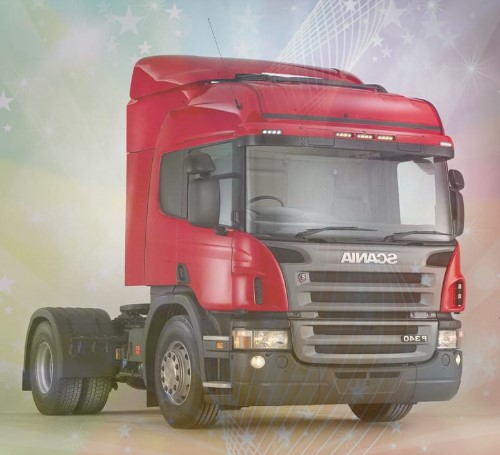 So, for example, Scania G440LA4X2HNA. As you can see, the Swedes do not indicate the total mass (as competitors do) in the designation of their trucks – it is assumed that it is the maximum possible for a two-axle (which follows from 4X2) heavy-duty truck.